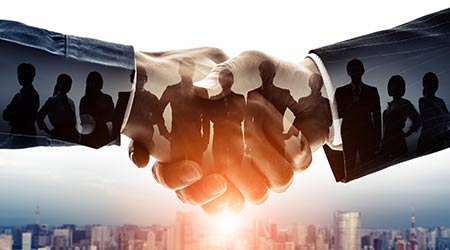 Imperial Dade, a distributor of foodservice packaging and janitorial supplies, recently announced the acquisition of Western Paper Distributors, Inc. (“Western”). The acquisition scales Imperial Dade’s presence in the West while enhancing the company’s differentiated value proposition to customers across the country. The transaction represents the 38th acquisition for Imperial Dade under the leadership of Robert and Jason Tillis, CEO and President of Imperial Dade, respectively. Financial terms of the private transaction were not disclosed.

Headquartered in Denver, Colorado, Western is a distributor of foodservice packaging and janitorial supplies owned and operated by Nick Morris and Jeff Farmer. The company has built a strong reputation for its knowledgeable sales force, wide breadth of products, and high level of customer service. Western’s Colorado, Arizona and New Mexico locations significantly enhance Imperial Dade’s presence in the West.

Together, the Imperial Dade platform will operate nearly 90 facilities across the country and solidify its position as the national leader in specialty distribution. By leveraging Imperial Dade’s existing market leading platform, Western’s customers can expect the same exceptional customized service coupled with an even greater offering of products and solutions.

“Western’s storied history in the industry, strong family culture and customer focus make it a great addition to the Imperial Dade platform. I look forward to begin this next chapter of growth with Nick and welcome the Western team members to Imperial Dade,” says Robert Tillis.

Jason Tillis adds, “We look forward to partnering with Nick and Western and continuing to provide customers with a world-class value service offering. This acquisition is the next step in our ability to serve customers coast to coast as a national distributor.”

Nick Morris, CEO of Western Paper Distributors, Inc. comments, “The legacy we have built here at Western will provide a great foundation for growth in our region as we join with Imperial Dade. Under Bob and Jason’s leadership, we will be able to continue to provide exceptional customer service while accelerating the growth we have experienced in recent years.”