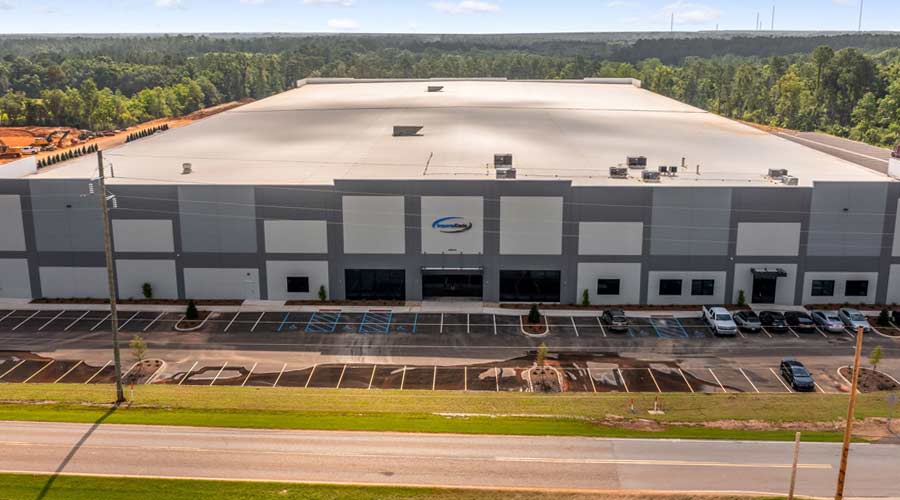 Imperial Dade, a leading independently owned and operated distributor of food service packaging and janitorial supplies, opened a new state-of-the-art logistics hub in Baldwin County. The facility includes a 221,000 square-foot warehouse and office space on 29 acres located in Loxley, Alabama, and will support the company’s expanding customer base and continued growth along the Gulf Coast. Imperial Dade’s new facility brings more than $20 million in total investment to Baldwin County, with plans to create 55 additional jobs.

“We are excited to have our new facility operational here in Loxley. Many thanks to our local city officials that have helped us move forward with the Class A tilt-up concrete facility here in Baldwin County. We are adding many local jobs and building strong business partnerships across the Gulf Coast. Thanks to the Imperial Dade corporate team for all their support. And a special thank you to Robert and Jason Tillis for making this investment in our local associates and community,” says Craig Huey, Loxley Branch manager.

Imperial Dade Integration team leads Zach Plevritis, CIO, and Mary Mozejko, SVP of Strategy, says “It was a pleasure and an honor to work with Baldwin County and with our amazing Loxley team. They shared the 'can do' attitude and steadfast tenacity which have, now more than ever, become the key ingredients to success. Looking forward to serving the greater southern Alabama region with even more space, inventory, and a larger fleet.”