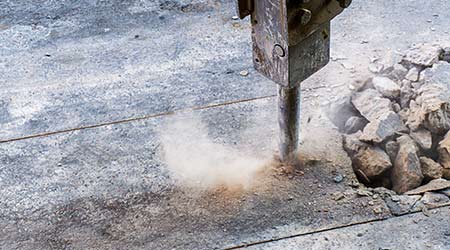 Imperial Dade, an independently-owned and operated distributor of food service packaging and janitorial supplies, held a groundbreaking for a new logistics hub in Loxley, Alabama. The upcoming 220,000-square-foot building will be located along County Road 49 and will support the company’s expanding customer base and continued growth along the Gulf Coast. It is expected to bring more than $20 million in total investment, with plans to create 55 new jobs.

“Loxley is the ideal location for our new logistics hub, which will allow us to expand our operations in this very important region,” said Robert Tillis, CEO of Imperial Dade.

The new logistics hub, developed and owned by I-10 Gulf Coast Logistics Center LLC, will be the first Class-A industrial facility constructed in Baldwin County, with Imperial Dade making the move from their existing Loxley location. In close proximity to Interstate 10, the location provides easy access to the entire Gulf Coast market, including the nearby Port of Mobile. The center is also located just south of the new 564,000-square-foot ALDI regional headquarters and distribution center. Phase two of the development is currently being marketed, offering a total of 250,000 square feet in two additional buildings capable of accommodating tenants as small as 20,000 square feet.

“With warehousing demand increasing along the Gulf Coast, we’re excited to bring this logistics center to Baldwin County,” said Stewart Speed of I-10 Gulf Coast Logistics Center. “Concrete-tilt construction hasn’t been an option for area tenants in the past. We are bringing a new quality level to the market as well as the flexibility to accommodate both smaller distribution users and larger users with tall clear-height requirements. We look forward to building out the park, starting with the Imperial Dade facility.”

Founded in 1935, Imperial Dade serves more than 65,000 customers across the United States and Puerto Rico. Since CEO Robert Tillis and President Jason Tillis assumed their roles in 2007, the company has grown both organically and through acquisitions to become a leader in the food service packaging and janitorial supplies industry.