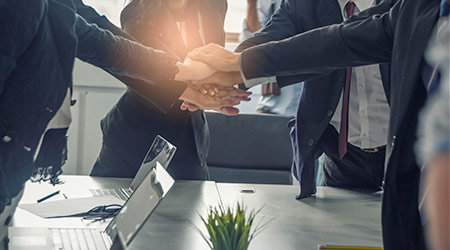 Imperial Dade has acquired Edmar Cleaning Corp. (“Edmar”). The transaction represents the nineteenth acquisition for Imperial Dade, a leading national distributor of disposable food service and janitorial supplies, under the leadership of Robert and Jason Tillis, CEO and President of Imperial Dade, respectively.

Headquartered in Woodside, NY, Edmar is a distributor of paper, plastic, chemicals, and janitorial supplies serving the tri-state area. The acquisition of Edmar strengthens Imperial Dade’s presence in the New York, New Jersey and Connecticut markets. Going forward, customers of Edmar can expect the same exceptional customized service with an expanded offering of distribution solutions.

Robert Tillis said, “Edmar is a well-respected player in the tri-state market and I have grown to respect their commitment to service and history of excellence which make it a great addition to the Imperial Dade platform. We enthusiastically welcome the Edmar team members to Imperial Dade and look forward to working together to further grow the business.”

David Simon, President of Edmar, said, “We are excited about the future of Edmar under the leadership of Imperial Dade. On behalf of the Edmar team, we look forward to joining the Imperial Dade organization.”

“This acquisition will enhance our ability to serve Edmar’s customers as well as our own,” said Jason Tillis. “We look forward to working with the Edmar team members and continuing to grow together.”