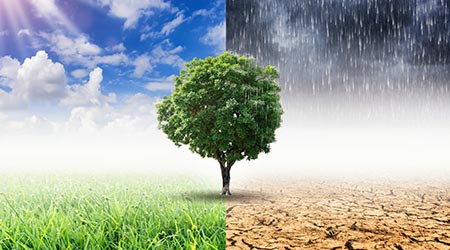 Contributed by The Ashkin Group.

On a global scale, 2018 is shaping up to be the fourth-hottest year on record. The only years hotter were the past three. In fact, 17 of the past 18 years have been the warmest since 2001.

We cannot consider this just a hot year, according to Stephen Ashkin, president of The Ashkin Group and the professional cleaning industry's leading advocate for sustainability. This is a trend. The planet is getting hotter and will become even hotter in years to come.

"This will not only cause problems relating to higher temperatures, but cause other extreme weather-related events including droughts, floods, hurricanes, tornadoes and other storms," says Ashkin. "Scientists are even predicting that some winters will even be more severe, so it is not just about warming, but climate change."

Ashkin points to the following heat-related situations around the globe that may have received only moderate press in North America:

•   In Europe, nuclear power plants have been shut down because the river water that cools the plants is too warm to use

•   Heat has resulted in more than a dozen deaths in Japan

•   Norway, Sweden, and Finland are suffering from major wildfires. Wildfires are not that common here. Again, this is blamed on record high heat.

"And we can't ignore what is happening here at home," Ashkin adds. "The massive fire in California is now the largest in the state's history. I'm sure it is related to the fact that parts of Southern California are experiencing record-breaking temperatures over 115 degrees (F)."

Ashkin says he is aware that attributing climate change to "human-made" greenhouse gas emissions is controversial in some industry sectors. However, more than 97 percent of scientists around the world along with the National Academy of Science all believe that gas emissions are the culprit. (Checkout their video here)

"What I'm most worried about is how this is going to impact food, water, energy supplies around the world, and the problems we are causing for our children and future generations," adds Ashkin. "We are no longer studying climate change - we are beginning to live it."