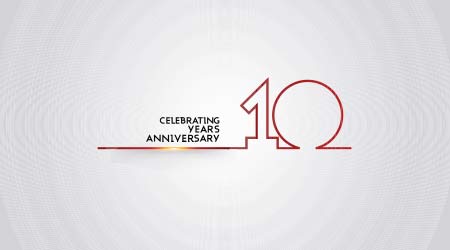 To celebrate Image One’s 10 anniversary, founder and CEO Tim Conn announced the commercial cleaning franchise is rolling back its franchise fee to reflect the year it all began.

Image One will offer a reduced franchise fee of $29,750 (what it was 10 years ago) to the first 10 franchisees who sign on in 2021. Additionally, for each of those 10 franchisees’ 10 months in business, Conn and Image One will match their marketing contribution at 50 percent of their spend.

“We’ve had a strong first decade in franchising, and in a year when hardworking, determined Americans have been hit with adversity unseen in year’s past, Image One recognized there would be no better way to celebrate than by giving back with a deeply reduced franchise fee,” said Conn.

As Image One continued to develop high-level technology for its franchisees, the franchise saw sustained growth across the country and received several accolades from franchise industry-media. Image One now has franchisees growing the business throughout Illinois, Florida, Texas, Colorado, and Ohio.

Even with Image One’s industry-leading advancements in technology and recognition, Conn said he’s most proud of the lives that have been changed within the franchise system.

“One of the most meaningful moments of the last 10 years was when one of our longtime franchisees, Jason Avila, surpassed $1 Million in annual revenue in 2019,” said Conn. “Seeing him reach that level of success proves that we’ve created a fruitful franchise system that can truly change lives. Years ago when I ran an independent janitorial company, my best gross revenue was less than half of what Jason and his team produced in 2019, so it’s extra rewarding that our system has allowed our franchisees to grow a business to more than double what I was able to do in the early years.”

Conn anticipates steady growth for the brand over the next five years, with five to 10 new franchisees, noting that finding candidates that will be a good fit culturally is the top priority. Image One’s ideal candidate is involved in the day-to-day operations and joins the brand with sales experience or a customer service background. Image One franchisees aren’t afraid to get their hands dirty (or clean) to get the job done and help their team members. Most importantly, this person must align with the brand’s mission and core values – honesty and integrity are of utmost importance.

Specific states Image One is looking to expand in over the next decade include Arizona, Colorado, Florida, Illinois, Indiana, Iowa, Michigan, Ohio, Texas and Wisconsin.