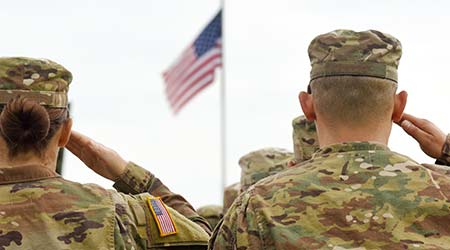 In honor of Veterans Day, Image One Facility Solutions, a commercial cleaning franchise based in the Chicago suburbs, announced its second annual franchise giveaway to first responders and veterans. Two winners — one first responder and one military veteran — will have their initial franchise fee waived, allowing them to jump feet first into a financially secure future.

Image One Facility Solutions, a commercial cleaning franchise recognized for owner satisfaction and affordability, is dedicated to recognizing and celebrating those who serve the country.

“It makes me happy that we can honor a veteran and first responder by awarding them each a franchise,” says Image One President and Co-Founder Tim Conn. “As I know from my friends who served and put their lives on the line everyday, sometimes this makes transitioning from service back to civilian life hard and challenging. The giveaway is just another way for us to honor their bravery.”

If interested,  first responders and veterans can click here to fill out an application. To apply, both veterans and first responders will have to provide contact and background information. This includes financial disclosure, and taking part in a video interview to answer the question of why their background will help them become a successful Image One franchise owner. For the purposes of this giveaway, a first responder is any police officer, firefighter or EMT.

Franchising since 2011 and with a corporate headquarters in the Chicago suburbs, Image One launched a new franchise affiliate program in 2015 to further expand the franchise nationwide. Since then, the franchise has added owners in regions across the country, including in Cincinnati, Denver, Detroit, Fort Myers, Nashville and Orlando.

The application is now open and will run through February 28, 2022. Submissions will be reviewed by a team of Image One executives and franchisees, led by Conn.

Any qualified applicant who does not get awarded the free franchise can receive a discount on their Image One franchise fee. Image One is proud of its year-round commitment to veterans and first responders. Throughout the year, the franchise offers three attractive options for jumpstarting their franchise career. Veterans and first responders can receive a discount on the initial franchise fee, receive assistance in establishing cleaning contracts that result in $5,000 of recurring monthly revenue from the corporate office, or finance their franchise through Image One interest free.