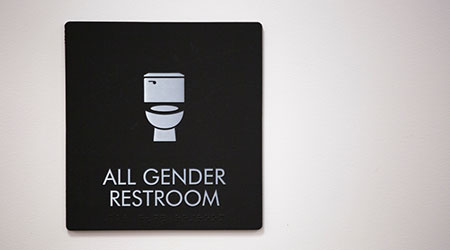 An Illinois State Senator has introduced a bill to require single-occupancy restrooms throughout the state in schools and businesses with public accommodations to be gender-neutral, according to an article on the Illinois News Network website.

Sen. Melinda Bush's bill would require any single-occupancy restroom to be labeled with a gender-neutral designation. Other legislators are concerned the measure may alienate business owners who have experienced a growing list of state regulations.

The measure does not require any new plumbing or new facilities be built. It would only require that if the place of public accommodation has a single-occupant restroom, that it have a gender-neutral label.

According to earlier CleanLink reports, there has been growth in gender-neutral restrooms in recent years, with most conversions being as simple as changing the sign outside the door.

To signal the universal restroom, new signage is also being considered. One sign is a simple photo of a toilet and another illustrates both men and women in one sign. A third has a gender-neutral avatar with the words “For All Restroom.” And the last option has that same illustration, but reads “For All Toilet.”