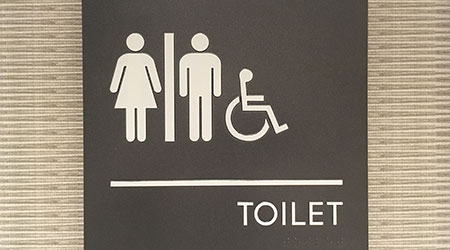 The monumental American with Disabilities Act (ADA) turns 30 years old on Sunday, and though the act is often times associated with improving hiring practices, its impact on commercial and public facilities is felt everyday.

Laws stemming from the ADA have resulted in restrooms that are more welcoming to people of all physical and mental abilities. They pay respect to these individuals by allowing them to comfortably carryout the most basic of human needs.

Improvements have been made to the ADA since it was created. For example, the Americans with Americans with Disabilities Act Amendments Act of 2008 and 2009 changed the way "disability" is defined. Then in 2010, the ADA was changed to include building design requirements in public facilities, such as libraries, hotels, restaurants, movie theaters and hospitals. These changes allow people with disabilities to better enjoy these facilities.

Despite all the improvements that have occurred, there are still changes that can be made to make restrooms more accommodating to people. For example, the caregivers of teens and adults with disabilities would like to see more adult changing stations in restrooms. Law requiring such improvements have been proposed in states like Michigan and Arizona.