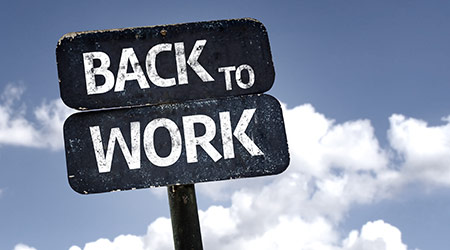 ISSA has voiced its support for a U.S. Senator's proposal that the government pay a weekly bonus to people who return to work as the nation reopens.

Rob Portman (OH-R) proposes that people who return to work be paid an additional $450 a week bonus on top of their current wages as a way to aid the economy's recovery and reduce incentive to stay on unemployment.

ISSA voiced its support for the proposal, which was made at a Senate Finance Committee hearing, in a post on its website.

“ISSA believes it’s critical to have a workforce that’s ready to step into their old jobs or newly available jobs as the economy reopens,” says John Nothdurft, ISSA director of Government Affairs. “Senator Portman’s provision should be included as part of the next coronavirus response stimulus legislation Congress considers. Cleaning companies and professionals are playing a critical role in maintaining clean and healthy environments for employees and customers. The demand for increased cleaning and disinfection requires more of these critical workers. This proposal would help fill these essential jobs.”

Portman's office has issued a press release in which it discusses the Senator's beliefs that adding the bonus would reduce the number of situations in which it is more lucrative for a person to stay on unemployment than it is to return to work.