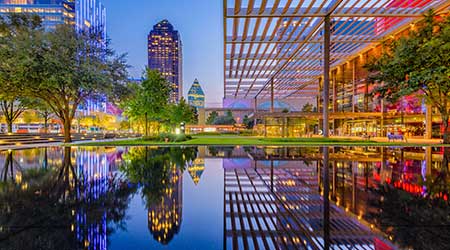 ISSA Show North America 2018 is in the books, and the cleaning community is abuzz about the innovation and new experiences delivered in Dallas, TX, October 29–November 1 at the Kay Bailey Hutchison Convention Center. The Show welcomed 14,019 registered professionals from 61 countries, with more than 12 percent hailing from outside the United States. Notably, 52 percent of registered attendees had not previously attended this annual ISSA event.

ISSA, the worldwide cleaning industry association, prides itself on not only uniting the commercial cleaning industry supply chain into one global community, but on delivering new experiences to the community. ISSA Show North America 2018 delivered and achieved several firsts, creating a rich experience for exhibitors and attendees alike.

“We’re exceptionally pleased with how well this 2018 edition of the show performed,” said ISSA Executive Director John Barrett. “We understood the inherent challenges associated with holding this event during Halloween week in a city that last hosted us in 1997. That said, it was important to go to Dallas, if only to enable new audiences to attend the show. Our hunch was correct, evidenced by the volume of first-time attendees. As important, there was a tremendously positive vibe all around — on the exhibit floor, in sessions, and at our networking events.”

Indeed, exhibitors and attendees both affirmed a positive experience in surveys conducted after the show, with the vast majority — 95 and 80 percent, respectively — indicating likelihood to participate in the next edition of ISSA Show North America in Las Vegas, November 18–21, 2019.

Things to See and Do
Pavilions are always popular with attendees so they can maximize their time on the show floor. For instance, the Residential Pavilion gathers exhibitors catering to that segment in one location for deeper interaction with attendees interested in this sector. Based on the same idea, this year’s ISSA Show featured several new pavilions, including the Restoration Pavilion, which catered to that segment of professionals and offered hugely popular demos and learning sessions. The Startup Pavilion featured new and upcoming companies showcasing new products and technology — and a fresh perspective on cleaning.

ISSA Charities, formerly the ISSA Foundation, debuted its new mission and vision in Dallas, not with a traditional golf tournament, but rather by hosting a “Party for a Purpose” at Topgolf Dallas. With its broad appeal, the party was a tremendous success, hosting hundreds of participants who seamlessly melded business, fun, and philanthropy, with proceeds benefiting ISSA Charities’ primary programs, including ISSA Scholars, Cleaning for a Reason, and the ISSA Hygieia Network.

“We are gratified to include more members into our event within ISSA Show North America,” said, ISSA Charities Executive Director Mike Gies. “The giving spirit is something we want to share with all members, partners, and friends.”

Another first making its debut in Dallas was ISSA Charities inaugural Day of Service, which preceded ISSA Show North America by gathering local residential members to clean the homes of 20 Dallas-area cancer patients free of charge on Friday, October 26.

Innovators Recognized
“New” is the very definition of the ISSA Innovation Award Program, and new to the program for 2018 was that the judging committee was comprised entirely of female cleaning industry leaders: Holly Borrego of C&W Services, Inc.; Vicki Brown of Harmony Clean, Inc.; Judie Cooper of The Smithsonian Institution; Eileen McMorrow of The McMorrow Reports Facility Management & Design Insights; and Linda Silverman of Maintex, Inc.