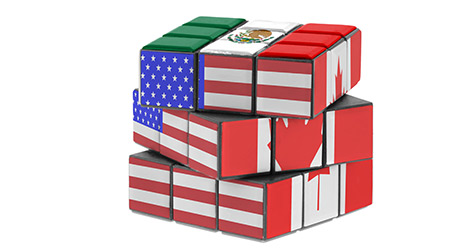 ISSA has joined the U.S.-Mexico-Canada Agreement (USMCA) Coalition, a group of more that 400 U.S. companies and associations working to secure congressional approval for a trade agreement, the association announced on its website.

The purpose of the agreement is to alter NAFTA so that the U.S. has greater opportunities to trade with Canada and Mexico, according to ISSA. The changes would help to protect U.S. intellectual property.

“ISSA supports the USMCA as it will ensure manufacturers and distributors of cleaning chemicals, products, and equipment can continue to access the Canadian and Mexican markets,” ISSA announced.

The association plans to involve itself in the congressional outreach and activities devoted to approving the agreement.

“We believe that working with a large group of diverse companies and associations is important to advancing policies important to the cleaning industry such as USMCA,” says John Nothdurft, director of government affairs for ISSA in the statement.