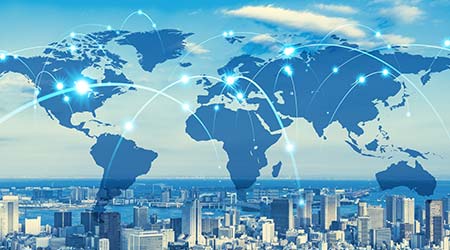 As part of their ongoing global growth strategy, ISSA has restructured their international organization. Changes include the consolidation of all of ISSA’s European, Middle East & Africa (EMEA) operations under the ISSA Pulire Network (IPN) in Milan, Italy, and the closing of its Mainz, Germany, office.

IPN CEO Toni D’Andrea will be the main contact for all EMEA-related support, including membership, events, education and certification, effective immediately.

In addition to the shift in EMEA operations, ISSA has transitioned activities for these regions and portfolios:

- All China operations have been transitioned from the former in-house ISSA Shanghai office to Informa’s China team, which will manage membership, trade shows and events, and more for the Chinese market.

- Informa India will begin to represent ISSA in the Indian market.

ISSA has established a global event and sales network between the ISSA, IPN and Informa teams. This network will drive value through the expansion of ISSA and IPN trade shows and curated industry events worldwide.

"We are excited to produce a growing number of ISSA Global Shows with our partners Informa and IPN," says John Barrett, ISSA executive director.

ISSA’s Oceania/Asia-Pacific, Korea, Canada and Latin America operations will continue to operate as before.