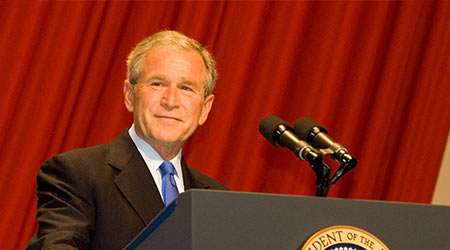 Every year, ISSA brings in leading authorities and visionaries to share business insights, illuminate the latest trends, and provide a discerning perspective on succeeding in a competitive industry. Attendees are invited to come be inspired to advance personally and professionally in the coming year.

“We’ve chosen two of our speakers, in part, due to their ability to overcome adversity,” said Sales, Trade Shows and Publications Vice President Kim Althoff, “Both gentlemen overcame personal hardships to become more than successful—in fact they became extraordinary. They will help attendees learn to do the same.”

The first of these extraordinary achievers, inspirational spotlight speaker David Goggins, will kick off “Show Week” Monday, October 29, at 9:30, delivering his revitalizing talk, "Complacency Kills." A retired Navy SEAL and Guinness World Record holder, Goggins uses his real-life experiences to reveal what it takes to ensure a successful mission. Hint: The answer comes from within. Goggins explains how banishing negative thoughts about one’s self and cultivating the right mindset are the keys to maximizing your potential.

Then on Wednesday, October 31, at 9 a.m., best-selling author and former publisher of SUCCESS magazine, Darren Hardy, joins attendees on the show floor with “Igniting the Compound Effect: How to Jump-Start Your Income, Your Life, and Your Success.” Hardy relates his own extraordinary journey to success with all he has collected from interviewing the most successful people of our time, distilling it into the core principles every achiever needs to know, practice, and master to obtain anything more than ordinary success.

“Because ISSA Show North America is in Dallas this year, we wanted our speaker roster to crescendo with a fascinating American figure and a true Texan,” hinted Althoff. “This person was in public service for many years, having held a position only 41 others have before him. Prior to that, he served in the military, was a businessman, and governor of Texas.”

Since then, his hobbies and charity work occupy his time, including several efforts devoted to fundraising for wounded veterans and advocating for veterans suffering from post-traumatic stress as well as trips to Africa to raise awareness for cervical cancer.

Yes, the pièce de résistance is Thursday, November 1, at 9 a.m., when former president George W. Bush engages in an insightful chat with ISSA Executive Director John Barrett. The two leaders will discuss world events and politics as well as a need for strong leadership in today’s business environment. Plus, discover Bush’s life lessons, leadership secrets, and thoughts on how America can move toward more unity.

An added attraction at ISSA Show North America 2018 are a chance for attendees to experience “close encounters” with two of the speakers: Preferred seating will be given to attendees as a thank you for supporting ISSA Charities. Companies that donate $500 or more will receive two preferred seats at both Hardy’s and Bush’s keynote addresses.

Access to the keynotes are available to all attendees with the Trade Show and Seminar packages or — the best deal — the All-Access Pass.