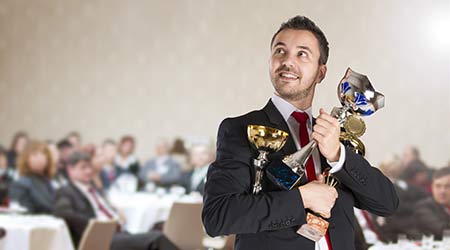 The Institute of Inspection, Cleaning and Restoration Certification (IICRC) has opened nominations for three awards. The awards include the Cy Gantt, Founder’s (also known as the Ed York award), and the Keith Williams awards.

The Cy Gantt award is named in honor of the late honorary board of directors member, Cy Gantt. The award is presented to individuals exemplifying outstanding long-term service to the inspection, cleaning, or restoration industries as a whole.

The Founder’s award, also known as the Ed York award, is named after the organization's founder, the late Edgar P. York. This award is given to individuals that have demonstrated exceptional dedication and contribution to the IICRC. Candidates must be volunteers, not paid staff or consultants, and are nominated by their peers in the industry.

The Keith Williams award, named in honor of an early technical pioneer of the cleaning industry, is presented to individuals who have made significant technical contributions to the advancement of the science of inspection, cleaning, and restoration.

All of the nominations pages can be found on the IICRC website, under the events tab.