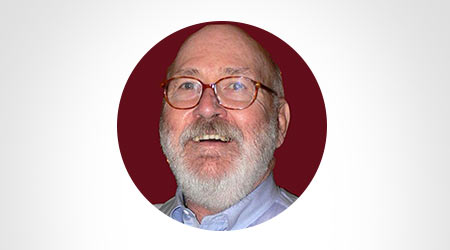 Dineen is vice president at Pellerin Milnor Corporation,  Kenner, LA.  He is a 54-year veteran of the textile maintenance industry.

Dineen was nominated for the award by Charles Berge, president and general manager of Shared Hospital Services, Portsmouth, VA. In his nomination, Berge noted noted about Dineen: "Operators from far and wide have benefited from his knowledge and expertise on tunnel systems. He is a tireless advocate of the role laundries have in providing quality healthcare. We salute Mike for his accomplishments and contributions."

Rick Kelly of Pellerin Milnor accepted the award on Dineen's behalf. "Mike has been the face of Pellerin Milnor for many years, Kelly said. "He is like a mentor to so many of us within the company, as he has been to so many throughout the industry. We're very proud of him. Clearly, this is a well-deserved recognition that I know Mike very much appreciates."