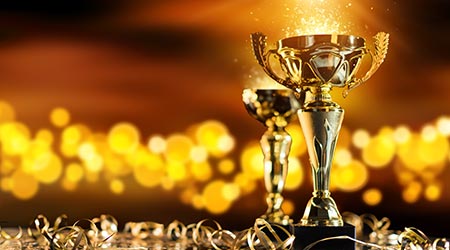 The ISSA Hygieia Network, an ISSA Charities signature program dedicated to the advancement and retention of women in the cleaning industry, announced its 2019 award winners during its fifth annual Awards and Networking Reception. The event took place at the Bellagio Hotel & Casino in Las Vegas on Tuesday, during ISSA Show North America 2019.

“For the past five years, the ISSA Hygieia Network has been on a mission to provide the programs, tools, and support that enable all women in the cleaning industry to accelerate their careers and achieve their full potential,” says Meredith Reuben, chairwoman of the ISSA Hygieia Network. “This year’s event doubled in size and support, and we thank everyone who joined us to celebrate the individuals and companies that are actively making a difference in the industry.”

This year’s awards and winners include:

- The Hygieia Member of the Year Award, which recognizes an industry professional or company that has made a significant contribution to the cleaning industry, was presented to Diversey, for continually supporting women in the workplace and its dedication to the values of the ISSA Hygieia Network organization.

- The Rising Star of the Year Award, open to women aged 45 and under who have made achievements and demonstrated consistent upward mobility in their career within the industry, was presented to Wendie Manion, commercial sales director, GOJO Industries. Manion was selected for her commitment to being an inspirational leader and role model for women across the industry, as well as her passion for championing causes that impact women.

This year’s awards and networking reception featured an inspiring keynote presentation by Kathy Walters, former executive vice president of Georgia-Pacific Consumer Products. The second portion of the event was dedicated to networking and learning about Hygieia’s programs, including its mentoring program, regional networking events, and online networking community.