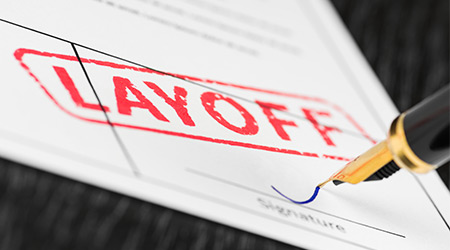 The layoffs are coming after the company that employs the workers, PrimeFlight Aviation Services, Sugar Land, Texas, terminated its contract with United Airlines. The company informed the state of New Jersey that it will be laying off 735 workers on Oct. 8.

Luckily for those laid off, United Airlines is replacing the terminated contract with a deal with Prospect Airport Services, Des Plaines, Illinois, and will hire back all of those who cleaned for PrimeFlight.

Earlier in July, PrimeFlight Aviation Services announced it would be laying off 439 employees on Sept. 18 after its contract with United Airlines at Denver International Airport ends, reports the Denver Post. Most of those employees, too, are hired to clean airplane cabins.