How To Predict Which Employee Will Quit Next 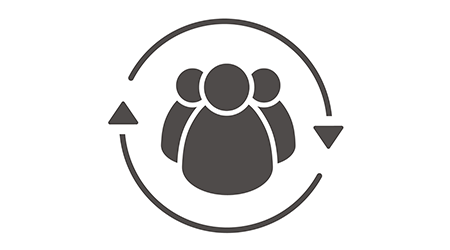 Turnover in the cleaning industry, especially as it pertains to building service contractors, is an issue. The problem is compounded today because low-unemployment grants workers a wealth of employment options, not the other way around. As a result, many employers are feeling helpless as employees routinely exit in favor of a better opportunity.

But things could be better if businesses can get ahead of their employees’ job searches, allowing them the opportunity to make a pitch to stay before it’s too late. The science of exactly how to go about this is discussed in a recent research by Harvard Business Review.

The magazine argues in its report that the popular practices of attempting to improve retention rates through exit interviews with bolting employees and annual employee surveys leave much to be desired because neither is able to pinpoint exactly who is considering leaving next.

Harvard Businesses Review concluded that people often leave because of one of two reasons: either a realization made in the aftermath of change or a lack of embeddedness to the company. The first factor, dubbed turnover shock, occurs  when something happens to the organization, like a change in leadership, or to the employee, like an outside job offer or birth of a child. Job embeddedness becomes a factor when people realize they have few or no connections to the company. Essentially, they come to the realization that they wouldn’t be losing anything socially, professionally, or emotionally if they took another job.

Seeking a better way to predict which employees are mulling leaving, the magazine used data and machine-learning algorithms to calculate which employees had more of a propensity to leave, then rated these employees based on this tendency. The magazine then sent email invitations to access outside job offers to 2,000 employed people, each ranked by the algorithm with different levels of likeliness that they would be receptive to the invitation. This test discovered that those who rated “most likely” to be receptive were more than twice as likely to open the invitation than those rated “least likely.”

The magazine also monitored thousands of people over three months who received a score grading their likeliness to leave a job and found that those rated “most likely” to explore a job offer were much more likely to leave than those rated as “unlikely.”

The magazine concludes, that through the use of data, large firms can develop ways to tell businesses which of their employees are most likely to leave, thus allowing leadership to step in and make a pitch at retention if they so choose.

Of course, the model presented by Harvard Business Journal is just one of many ways a business can go about reducing their turnover rates. Experts within the cleaning industry, like Kaivac founder Robert Robinson, Sr., have come up with their own methods.