How To Decrease Workplace Bias 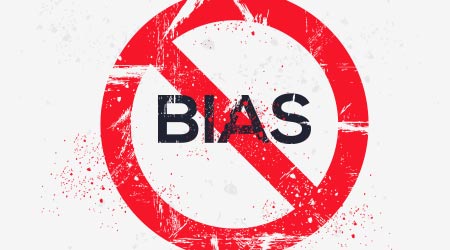 A survey of more than 130 human resources professionals in the United Kingdom found that 86 percent of these workers have experienced some form of bias themselves in the workplace. The survey, which was conducted by 360 Resourcing, also found that 59 percent of these human resources professionals have been made aware of bias complaints in the office in which they work.

Sure, the survey was not conducted in the United States, but it does at least show that bias (both conscious or unconscious) is very much still an issue in cultures similar to that of the United States. That's why it might be a good idea for American businesses to focus on reducing bias issues. Here are some tips on doing so, according to 360 Resourcing.

- Use language in job advertising that is inclusive to all genders and sexual orientations. For example, don't use terms like "cleaning lady" or "repairman."

- Let applicants know how the hiring business is working to create a diverse workforce.

In this article, Inc. suggested businesses make themselves more diverse by taking the following steps:

1. Make everyone a part of the mission statement.

2. Improve the hiring process by reaching out to a wide range of candidates.

3. Change policies so that people from different backgrounds can thrive.

4. Develop a culture where employees are rewarded for good work in ways that make them happy. For example, if one worker likes receiving praise, it's a good idea to give it to them when they do a job well done. If another enjoys space and flexibility and is more successful when they receive this, then consider giving them that space.