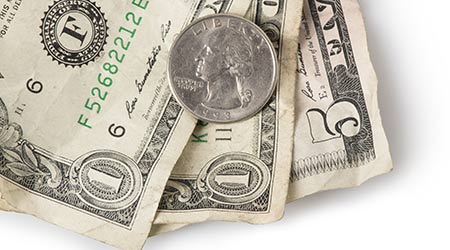 A proposed act that would eventually raise the federal minimum wage to $15 an hour would help a considerable percentage of janitors and other cleaning staff, according to one policy group.

The Raise the Wage Act of 2021 would raise the federal minimum wage to $9.50 this year and gradually increase that minimum until it reaches $15 an hour in 2025. More than four in 10 janitors, housekeepers and other cleaning workers would see an improvement in pay from the change, according to the Economic Policy Institute, a think tank that websites describe as leaning left on the political spectrum. In total, 32 million Americans stand to benefit from an increase in the federal minimum wage.

Economic Policy Institute said the rise in minimum wage would put an estimated $3,300 more a year into the pockets of affected workers who are employed the entire year. That's a big difference considering that 59 percent of families living below the poverty line would benefit from the change.

Not everyone supports a $15 federal minimum wage. While an increase in pay helps workers, American Action Forum said data shows that the change could "price others out of the market" and serve as a blow to small businesses, especially those who are vulnerable. It's worth noting that American Action Forum's own website classifies it as a nonprofit organization that "proudly leads the center-right on economic, domestic, and fiscal issues."

The Economic Police Institute said the $15 minimum wage would help the United States as a whole because the $107 billion in additional pay it would create would help to stimulate the economy. It would also help to close the racial pay gap, as nearly a third of African Americans and a quarter of Latinos would benefit from the change, according to the institute. Women also stand to be helped by a minimum wage increase, as 59 percent of those who would be impacted are female.

American Action Forum said that Black and Hispanic populations and people people who didn't reach a high level of education make up the majority of minimum wage earners and work in the industries that have been most negatively impacted by the pandemic. The forum also cites the Congressional Budget's conclusion that the move toward a $15 minimum wage by 2025 could lead to a $9 billion loss in real income and a median of 1.3 million jobs lost.