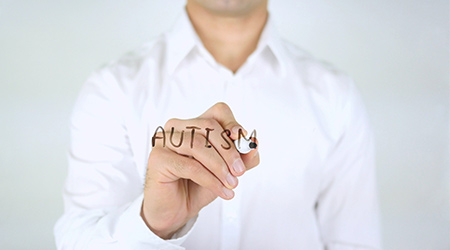 Brad Nardick is the third-generation owner of his family's business, The Bazaar, Inc., a buyer and distributor of merchandise closeouts. Nardick and his staff recently hired a young woman to work for the company as a cashier. A common situation, with just one uncommon detail: the woman has autism.

From a social and ethical standpoint, Bazaar’s hiring of an autistic woman makes sense. But with one quick look at the metrics surrounding such a move, it's easy to see why the hire works from a strictly-business perspective, too.

At 75 percent, Bazaar had a poor turnover rate — just like so many in the jan/san distribution and commercial cleaning industries. Then the company implemented a program that supported hiring people with disabilities. That results have been fantastic.

“We could have very easily just accepted we were a high-turnover business and not even considered what other options we had from a hiring perspective,’ says Nardick, according to Minutes. “But of the people we’ve brought on with disabilities, we’ve had zero turnover. We’ve had people working with us for three years and, more importantly, really appreciate the opportunity. Our team is excited to show up to work every day because we’ve created an environment of empowerment.”

The people with disabilities that Bazaar hires don’t get any preferential treatment. The pay the receive and the duties they must perform are just the same as those given to any other worker. Disability hires are also expected to produce like all other employees.

“[Hiring someone with a disability] might require we incorporate some additional visual supports, or a tool or resource nobody else has thought to use, but we do our best to support each and every new hire so the best of our, and their, ability,” says Nardick.

For those interested in implementing a disability program, Nardick gives the following tips:

1. Look to the positions that experience the highest turnover

2. Reach out to organizations that help differently-abled people find jobs, like Understand.org/en

To read Nardick’s story and advice in its entirety, click here.