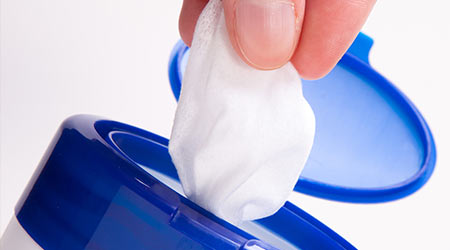 Hydrogen peroxide has been used in the cleaning industry as a disinfectant, but it can also be used as rocket fuel and as a precursor for making polyurethanes. Manufactured using a energy-intensive and expensive process developed back in the 1930s, hydrogen peroxide can involve some complicated chemistry to break down chemicals that are derived from oil.

At least, that used to be the case.

According to Forbes.com, two young entrepreneurs recently discovered a way to use enzymes derived from microorganisms that break down plant sugars and turn them into hydrogen peroxide. The process reportedly produces no harmful byproducts and is significantly less expensive.

Forbes reported that Gaurab Chakrabarti was involved in pancreatic cancer research when he discovered an enzyme that could very efficiently turn sugar into hydrogen peroxide. His partner, Sean Hunt, was, at the time, working on the use of nanoparticles to improve traditional methods of hydrogen peroxide manufacturing. Combining their expertise, they founded Solugen to ramp up production of the enzymes in their own reactor and tested it with a variety of different kinds of sugars.

The newly created hydrogen peroxide will be added to a line of cleaning wipes for use in businesses.