How Facilities Can Reduce Water Consumption 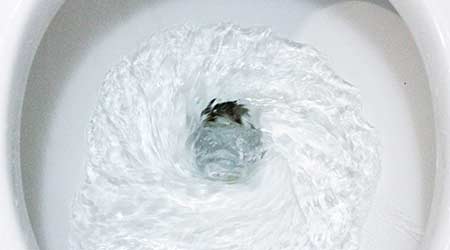 Over the last couple years, erratic climate changes have resulted in drought conditions. For the western part of the United States, specifically, droughts have been excessive. Currently, the region is  experiencing one of the worst droughts in years, and finally, people now realizing this might be part of a permanent trend.

Fortunately, many western states have learned from past droughts and are now managing water much better than even a decade ago. Further, new technologies have been introduced to help us use water more efficiently.

However, the future calls for more stringent steps to reduce consumption, especially in commercial facilities.

"Because a great deal of the water used in commercial facilities is used for landscaping," says Klaus Reichardt, CEO, and founder of Waterless CO., Inc., "that's the first place to start."

Among his recommendation to reduce water use for landscaping are:
• Catalog all vegetation growing around the building and determine which plants/vegetation can be replaced with native plants that use less water.
• Analyze the land layout. Higher areas need more water than lower areas due to water runoff.
• Switch to recycled water. Treated wastewater can be used at such places as golf courses and cemeteries. "These locations use huge amounts of water for irrigation. Converting them to recycled water reduces water consumption dramatically."
• Irrigate only at night.
• Install water sensors to determine if irrigation is even needed.
• Install several water meters to monitor how much water is being used throughout the property.

"However, if a facility is not landscaped, then [we need to] focus on restrooms," says Reichardt. "This is where the most water is consumed in these facilities."

Among the steps he suggests building owners and managers take are the following:
• Install aerators in all faucets.
• Look for and fix leaks.
• Install new urinals that consume less water per flush or transfer to waterless urinals that use no water, and are less costly to install and maintain.
• Select toilets powered by "velocity."