How Do People Feel About a 4-Day Workweek? 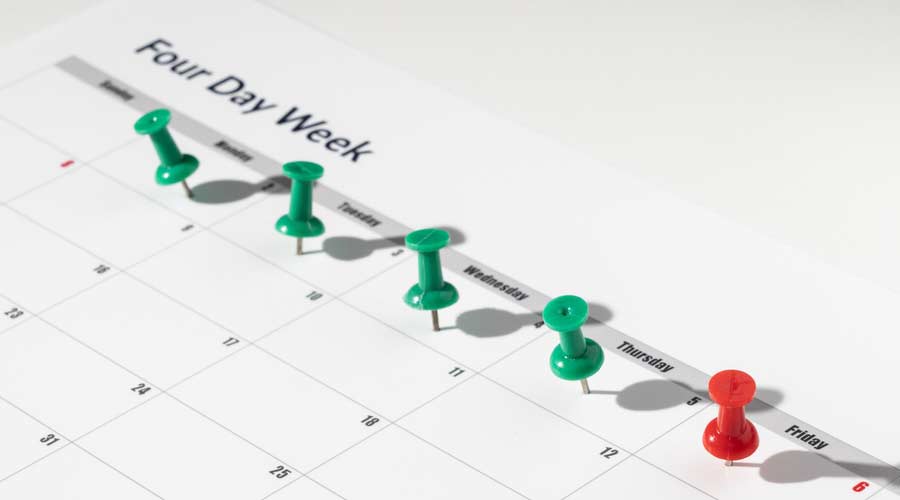 On Monday of this week, the United Kingdom launched the largest trial run globally to-date for a four-day workweek. The trial, which will pay over 3,300 employees in a variety of sectors their 100 percent typical compensation, is based on the agreement that those employees would maintain their same level of productivity as if it were a five-day workweek, CNN Business reports.

Should it arrive in the United States, a four-day workweek would have significant implications — not only for office workers, but it would likely require frontline workers to adjust typical work hours and what tasks are required in the affected facilities on any given day.

“What employees really want and expect is the flexibility to adjust their work schedules to fit the demands of their lives. In today’s new world of work, successful companies will set aside antiquated assumptions about what productivity looks like and listen to employees, so they can offer the flexibility that meets their individual needs,” says Benjamin Granger, Ph.D., head of employee experience advisory services at Qualtrics. “While there is increasing momentum around the idea of working four days a week, employees are willing to acknowledge the associated tradeoffs — like working longer hours or potentially frustrating customers.”

When it comes to recruiting and retaining talent, however, employees are confident that a four-day workweek would be beneficial. Employees say a four-day workweek is the number one thing that would influence them to stay at a company longer — even more than unlimited vacation or paid mental health days. Eighty-one percent say a four-day workweek would make them feel more loyal to their employer, and 82 percent say it would help their company with recruitment. More than a third (37 percent) would even be willing to take a 5 percent pay cut or more in exchange for recurring three-day weekends.

More key takeaways from the study: