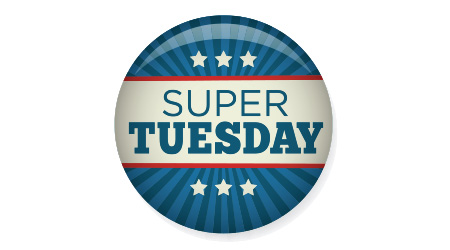 With voters heading to the polls in 14 states today as part of Super Tuesday, many polling stations will be worrying about the spread of COVID-19, otherwise known as the coronavirus.

This past weekend, election officials in California were hurrying to assure voters would turnout despite concerns of contracting the spreading virus, reports ABC News.

Election officials in the Golden State said over the weekend that there was nothing to indicate that the growing presence of the coronavirus there will disrupt its 2020 presidential primary. However, with more than 30 positive COVID-19 cases confirmed within the state as of ABC’s Sunday report, some election officials in the state came up with methods to help voters cast their ballots while also reducing their risk of exposure to an illness.

Several polling stations in Solano County, California added curbside pop-up locations where citizens could drop off ballots from inside their own car on Monday and Tuesday. At other polling locations in the county, greeters are bringing ballots straight to voters’ vehicles, so that they can quickly fill them out and drop them in the greeters’ box.

"We’re definitely trying to give voters another couple of options to still get their vote out but not have to interact, if they didn’t want to, with the public," John Gardner, assistant registrar of voters for Solano County, tells ABC News.

The elections office for Yolo County, California is placing a flyer at every polling location in the county that explains what coronavirus is and how it spreads.

The other 13 states don't seem to be changing their election setup due to the coronavirus, according to ABC News. A representative for the office of Colorado's Secretary of State says that most of the ballots filled out are delivered through the mail and that people who are sick or fear becoming sick could just put their ballot in a 24-hour drop box.

Alabama didn't plan on making any changes as of the weekend, but its Secretary of State John Merrill says different accommodations could quickly be made for voters if the situation were to change.