How Cleaning Products Are Impacting The U.S. Economy 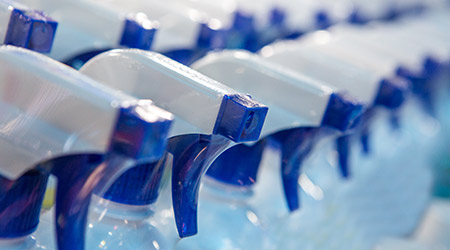 The cleaning products industry has a direct impact on the U.S. economy totaling $59.1 billion, supporting 64,000 jobs and including $8.3 billion of labor compensation, according to a new report released by the American Cleaning Institute (ACI).

The report, prepared for ACI by the Manufacturing Institute’s Center for Manufacturing Research in partnership with Inforum, examines economic data from 2016, the most recent year where full data is available.

Approximately 53 percent of total cleaning product sales are from purchases by other industries. The data also shows that the total economic impact of the cleaning products industry – including upstream suppliers and downstream distributors – is $192 billion in output and encompasses 756,000 jobs.

“The cleaning product supply chain brings about multiple benefits to everyday life: enhanced health, quality of life, sustainable operations and strong economic impacts,” said Melissa Hockstad, ACI President and CEO. “From the immense amount of research and development that leads to innovative products and chemistries, ACI members are responsible for the manufacture and distribution of a wide variety of products that improve the health and quality of life of their customers. The extensive range of items produced are used safely and effectively by millions of households and institutions on a daily basis.”

• General Economic Health – Strong economic performance helps both consumers and businesses.  A recession or economic slowdown would result in reduced revenues for manufacturers.

• Regulation and policy – Government regulations can have important consequences on how a product is made, marketed, and sold.  Onerous regulations and standards can make small producers uncompetitive, as compliance often implies large fixed costs.

• Innovation – Breakthroughs in science and production methods could produce valuable new products that benefit both consumers and businesses.

Other highlights from the report:

Like most manufacturing industries, the cleaning product industry experienced rapid labor productivity growth. This has led to a general decline in employment over the period studied, from a high of 85.5 thousand jobs in 1998 to a low of 60.6 thousand in 2009. ACI-related employment has trended upwards since 2009, reaching 66.3 thousand in 2015 and finishing off 2016 at 64.8 thousand jobs.