How Big Companies Are Treating Janitors During Pandemic 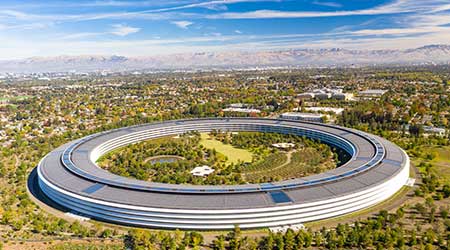 Janitors employed by two of America's most powerful companies are facing different situations during the COVID-19 pandemic.

Apple has promised continued pay for the janitors and other contract workers who work at its Apple Park despite the fact that their jobs are currently suspended at the company's California headquarters, reports Apple Insider.

Apple had previously said it would continue to pay the wages or retail and service employees at the headquarters as they were working form home. It was then reported that Apple told hundreds of contract workers that their jobs were being temporarily suspended without pay or benefits because the empty offices no longer required care.

Eventually, Apple changed its course and announced that janitors would indeed receive pay during the suspension.

Janitors, along with security guards and distribution workers, are being classified as "mission critical" employees by Amazon, reports Seattle Times. As a result, these workers continue to do their jobs in otherwise empty facilities.

In total, Amazon is paying and employing an estimating 10,000 hourly employees to keep offices in order while other workers carry on their duties from home.

The fact that these Amazon workers continued to get paid is a positive. However, some  one the workers question the risks they're being put in by coming to Amazon's facilities.