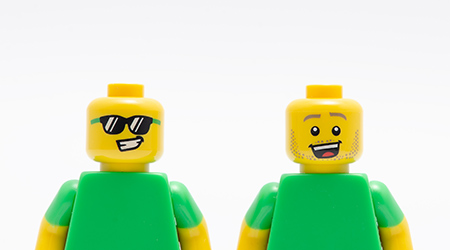 It's hard to fathom a situation more devastating than one in which children are hospitalized due to serious sickness. One hospital janitor is trying to bring some semblance of normalcy and joy to two kids in this very situation through the use of an iconic toy, reports Good News Network.

KJ Upshaw’s job tasks him with changing the linens in all 82 of the patient rooms in the Bone Marrow Transplant Unit at Cincinnati Children’s Hospital in Ohio. This job has afforded Upshaw the unique opportunity to get to know these patients, their dreams and their hobbies. So when Upshaw discovered that one of the patients he befriended enjoyed playing with LEGOs as much as another he got to know down the hall, he decided that it would be great to help the two kids become friends. There was one problem, though: Children’s rules on patient isolation prevents the boys from playing together in each other’s rooms.

Determined to help the two kids carry out a friendship, Upshaw developed a system which allows the boys to interact by swapping messages with each other regarding their latest LEGO projects.

The mother of one of the children says the arrangement was the highlight of her son’s day and that he was happy whenever Upshaw came in to talk.

Both of the kids eventually became healthy enough to meet in person. On the day one was being discharged from the facility, the other child came to his room to give him a farewell gift.