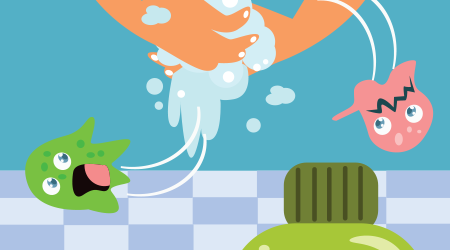 Marin General Hospital in Greenbrae, California, has deployed a real-time location system (RTLS) to boost the hand-hygiene rate among its 1,800 healthcare workers, according to an article on the RFID Journal website. Since the system was implemented, the facility's hand-hygiene compliance has increased from about 45 percent to 77 percent.

According to the Centers for Disease Control and Prevention (CDC), across the United States, on average, healthcare providers clean their hands less than half as often as they should.

The CDC has also reported that hospital-acquired infections (HAIs) affect as many as 722,000 patients in acute care hospitals, and cause about 75,000 deaths, annually. Keeping hands clean is considered a first line of defense.

But hospital environmental services managers struggle to come up with new and better ways to engage healthcare workers in the battle against HAIs.

Experts agree that hand hygiene improvement interventions must include audits of compliance with feedback, which are most often done by direct observation. But direct observation is expensive, subjective and requires careful training. Observation can also be prone to bias, which means that the compliance rates probably aren’t accurate.

Marin General's system uses badges that transmit to receivers when they interact with sanitizer dispensers. The hospital is also using the RFID technology for asset tracking, to ensure staff members can access equipment as it's needed.