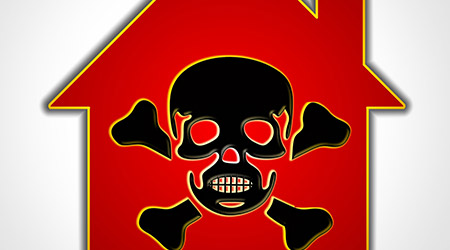 Cleaners working at Torbay Hospital in the U.K. have won £70,000 (roughly $88,500 U.S.) in damages after exposure to a hazardous chemical disinfectant at work made them ill. The 22 cleaning staff work for the Torbay and South Devon NHS Foundation Trust, and began using the chemical Actichlor seven years ago.

According to their union, the workers were not given any training on its use. Solicitors who took on the case now believe it may have repercussions on other health trusts.

A union spokesman said: "Anyone using the cleaning substance experienced runny eyes, nose sores, and wheezing coughs. To make matters worse the masks they'd been given were useless and the goggles didn't fit anyone who wore glasses.

An investigation found that the Actichlor was being mixed with hot water in small, enclosed rooms, which meant the cleaners were breathing in toxic fumes. A lack of training also meant that staff did not know they should have been mixing the disinfectant using cold water and in large, ventilated spaces.

After the case went to court the cleaners were awarded compensation because the hospital had provided sub-standard equipment and had failed to comply with safety regulations.