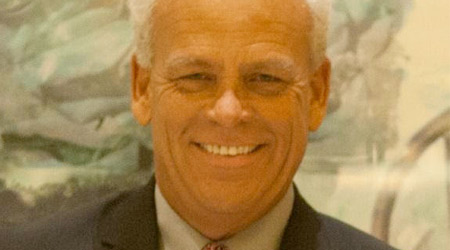 BSCAI sends its deepest condolences to the Heveron family following the passing of Thomas Heveron III, owner of Beachland Cleaning Services. Beachland Cleaning Services has been a loyal BSCAI member since 1992, winning the Safety Award four years in a row (2015 - 2018) as well as the Arthur C. Barraclough Company Community Service Award in 2013 for Thomas's passion for Cleaning for a Reason. With Thomas's passing, his son, Bryan, will assume his father's role as a third generation owner.

Thomas was an avid golfer and a member of Hammock Creek Golf Club in Palm City, as well as a member of Holy Redeemer Catholic Church. He was a devoted fan of the New York Yankees, and he volunteered as a coach with Palm City Soccer. In addition, he was a supporter and advocate of Cleaning for a Reason on the Treasure Coast.

For those who wish, contributions may be made to cleaningforareason.org in Thomas's memory.