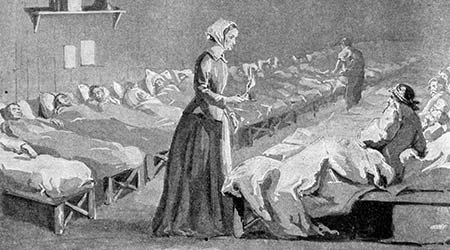 National Handwashing Awareness Week exists, which isn't too surprising, we guess, considering National Underwear Day and National Bingo Day Exist. All jokes aside, the event (which started Dec. 1 and ends Dec. 7) is quite important in 2020. Whether the source is the Centers for Disease Control and Prevention (CDC), World Health Organization or every mom alive, it seems most people suggest handwashing as one of the best ways to prevent the spread of COVID-19, the flu and several other forms of illnesses.

National Today provides a timeline of illness prevention and suggests efforts to ward off illness through hygiene have been around since at least 400 B.C. when a Greek historian suggested disease can spread from one person to another. But hand hygiene in the medical profession didn't catch on until much later, according to History.

In 1843, American doctor Oliver Wendell Holmes published a paper that said doctors with dirty hands could cause sickness in their patients. Later, Hungarian Doctor Ignaz Semmelweis began mandating that other doctors wash their hands with chlorinated lime after autopsies. The mandate was spurred by Semmelweis realizing sometime after 1847 that it wasn't a good idea for doctors to go straight from performing autopsies to working with patients in the maternity ward. Finally, Florence Nightingale, the famed British nurse credited for many advancements in the profession, wrote in 1860 that nurses should wash their hands throughout the day.

To celebrate the rest of the week and beyond, National Today suggests people's handwashing process feature the five steps suggested by the CDC. Those steps are: wet, lather, scrub, rinse and dry. When washing, be sure to clean all parts of the hand under water for at least 20 seconds.