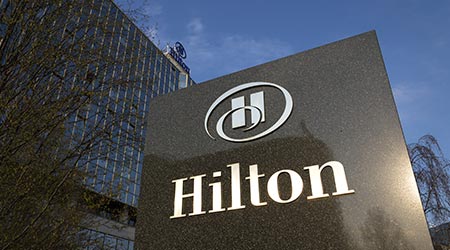 Earlier this year, Hilton Hotels announced a major sustainability initiative including plans to cut carbon emissions by 61 percent and reduce water consumption and produced waste by 50 percent, according to an article on the Forbes website.

There's now a push by a younger generation of travelers who say sustainability is a factor in their [travel] decision making, according to Nicolas Graf, associate dean of the NYU School of Professional Studies Jonathan M. Tisch Center of Hospitality.

In addition, corporate travelers are becoming more demanding in terms of sustainability. Some companies would never organize a conference at a hotel that wasn't complying with its own internal values, Graf said.

Hilton surveyed 72,000 guests and found that one-third seek out a hotel's environmental and social efforts before booking. The number jumps to 44 percent for those under 25.

Hilton's efforts are also driven by its young employees and the need to attract new talent.

Hilton has 400,000 team members and 50 percent of them are millennials. It's important for them to work for a company that's doing the right thing, according to Max Verstraete, Hilton’s Vice President of Corporate Responsibility.

As part of its sustainability efforts, Hilton Worldwide also works with Clean The World, an organization that with hotels across the world to collect soap and bottled amenities, recycle them and then send them to children in need.

According to Yahoo Finance reporting, the company has three large recycling centers where they process the donated soaps — disinfecting the products, mending them down and repackaging them into new bars of soap.

Through partnerships with hotels, Clean the World has donated 25 million bars of soap to more than 99 countries. The program has also helped divert 7 million pounds of waste from North American and Asian landfills.