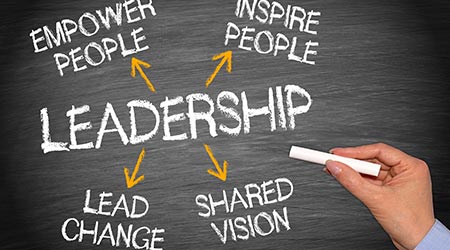 The Harvard family of building services companies, has announced that  Stanley K. Doobin has assumed the role of CEO for Harvard Maintenance and Harvard Protection Services. The role had been honorarily left open since the passing of company founder, Leo Doobin, in 2001. Nathalie Doobin remains as CEO and Owner of Harvard Services Group.

To continue to meet the high level of service and safety provided by its employees for its growing client base, Harvard has continued to invest and strengthen its executive leadership team; and announced the following position changes:

- W. Carl Drew was promoted to the role of president, Harvard Maintenance. Drew joined Harvard in 2014 as chief financial officer in conjunction with opening the new headquarters in Miami. His role was further expanded in 2017 when he assumed the role and responsibility of chief operating officer. In his new role, Drew will bring together the safety, operations, sales and marketing, and financial organizations under a cohesive strategic umbrella.

- Pat Mullin was promoted to the role of chief operating officer of Harvard Maintenance with responsibility for all Harvard operating regions. He has been with Harvard for over 24 years and most recently served as executive vice president of operations for the Northeast region, where he led growth in one of the most competitive markets in the US.

- Dave Domlija was promoted to the role of executive vice president - client management at Harvard Maintenance with responsibility for continually evolving the company's client success model to ensure client satisfaction and improved client outcomes. Domlija is an industry veteran who joined Harvard in 2006 through the acquisition of Elite Maintenance, which he owned and operated.

- John Summers joined Harvard in the newly created role of chief growth officer and will lead the Sales, Marketing, Strategy, and Client Service Excellence organizations. He brings to Harvard over 25 years of leadership experience in the real estate, energy, and facilities markets.

- Lourdes Pineda joined Harvard in the role of chief financial officer. Pineda is an experienced financial executive with more than 20 years in the cruise, hospitality, and real-estate industries.

“We have methodically built our organization with an eye on client success, service excellence, and the safety and well-being of our people. With this executive team, Harvard is positioned to exceed our customer expectations, tackle the challenges faced by our industry and community at large, and plan the path forward with our clients and our employees,” said Stan Doobin. “I am very proud of our team today and look forward to our continued growth into the future”.