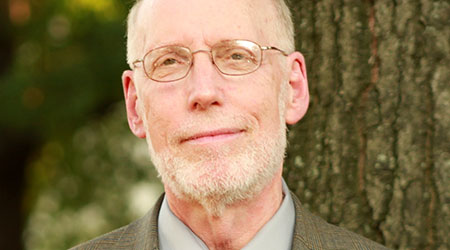 After two decades at the helm of Green Seal, the nation’s foremost environmental certification body, Dr. Arthur B. Weissman has announced that he will be leaving the organization on September 30, 2017.  To ensure a smooth transition, Green Seal’s Vice President of Certification, Mary Swanson, will serve as Interim President effective October 1 until the next President assumes his or her responsibilities.  Lochlin Partners, a McLean, VA-based firm, has been retained to lead the nationwide search.

“It has been both a pleasure and a privilege to have worked at Green Seal for the past twenty-four years helping to create the green economy,” Dr. Weissman said. “Although I am stepping down as President and CEO, I plan to continue my life-long effort to help protect and preserve the environment in other capacities in the years ahead.”

“Arthur leaves a strong legacy of service to the organization and dedication to the vision of a sustainable environment and a green economy,” said Green Seal Board Chair, Joanne Fox-Przeworski, Ph.D.  “We are all grateful and will honor his legacy by building on the foundation he has established. We wish him all the best in the years ahead.”

Dr. Weissman joined Green Seal in 1993 as its Vice President of Standards and Planning, and became President and CEO in 1996.  He served as founding Chair of the Global Ecolabeling Network from 1994-1997, and as international convener for ISO 14020 guidelines for environmental labeling. Prior to joining Green Seal, he was responsible for developing national policy and guidance for the Superfund program at the U.S. Environmental Protection Agency, and also served in the U.S. Senate as a Congressional Science Fellow and worked for The Nature Conservancy. He is the author of In the Light of Humane Nature: Human Values, Nature, the Green Economy, and Environmental Salvation, published in 2014.

“The strides we have made at Green Seal would not have been possible without the commitment, hard work, and dedication of our valued clients, partners, and staff,” Dr. Weissman said. “Our programs continue to grow, and Green Seal is well-positioned to be an influential force greening the economy for decades to come.”