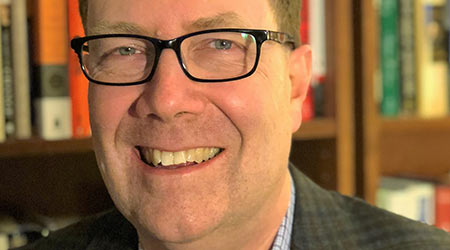 Green Seal, Inc., the nation’s premier ecolabel, is pleased to announce that its Board of Directors has appointed Doug Gatlin as Chief Executive Officer effective January 16, 2018.

“We are delighted to have someone with Doug’s experience and 25-year track record in sustainability take the helm of Green Seal at this important time,” said Green Seal Board Chair, Dr. Joanne Fox-Przeworski. She noted that Gatlin has played a pivotal role in the development of two of the most widely recognized voluntary environmental certification programs, namely the U.S. Green Building Council’s (USGBC) LEED and U.S. Environmental Protection Agency’s (EPA) ENERGY STAR.

“Doug’s personal passion and experience in the arena, along with his exceptional ability to translate vision and strategy into execution, make him the perfect choice to lead Green Seal at a time when companies increasingly value sustainable processes and products,” she added.

Previously, during a 10-year career at the U.S. EPA, he served as a Senior Advisor to the Deputy Associate Administrator for Intergovernmental Relations, focusing on regulatory innovation and environmental information.  Prior to this, he led an ENERGY STAR Buildings team that built a national energy efficiency collaborative program with utilities and state energy offices.

"I am honored to join Green Seal at such a critical time in the environmental movement.  As the premier ENGO leading the ecolabeling revolution, Green Seal has played a crucial role in helping buyers make informed choices that help protect human health and the environment, while saving money,” said Gatlin. "I’m looking forward to working with the many leading companies and service providers whose offerings represent environmental leadership and can benefit from Green Seal certification. These are the true leaders of today’s environmental movement, and we need more of them.”