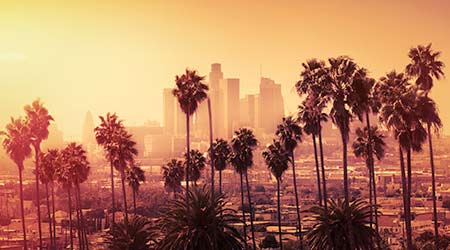 Germinator Mobile Sanitizing and Disinfecting, a national sanitizing, disinfecting and deodorizing franchise, announced its expansion to the West Coast with the opening of a franchise in Los Angeles.

The franchise will be owned and operated by Rachel A. Pearson, who will spearhead the company’s launch into this new territory. Originally from Minneapolis, Pearson has been a resident of California for over 15 years.

“I look forward to sharing the Germinator story, growing the Germinator name, and being a part of the Germinator family,” said Pearson. “It’s my goal and passion to help all Americans live protected by bringing our products and services into our community so they can enjoy and live the best life they can.”

Germinator was founded in 2015 with the vision of providing an effective method of proper sanitizing and disinfecting for businesses and households.

“We’re looking forward to opening our first location on the West Coast of the U.S. as we continue to expand across the country,” said Jeff Gill, founder and CEO of Germinator. “Rachel was the perfect choice to lead our Los Angeles franchise and has extensive experience with a multitude of creative concepts, which will align well with our vision as we continue to innovate and grow the Germinator brand.”

Pearson brings a diverse creative background to Germinator. She earned a bachelor’s degree in broadcast journalism from Winona State University in Minnesota. She also has extensive experience in the entertainment and food industries, which includes owning and operating Sweet Rachel Desserts, which garnered her a spot on the popular Food Network television show, “Cupcake Wars.”