GBAC To Collaborate With Airport Executives 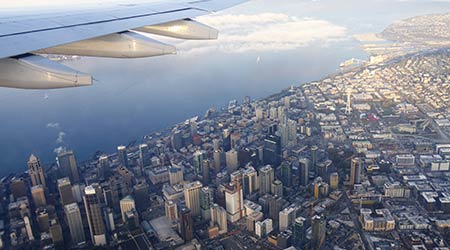 “Over the last several months, we’ve worked closely with AAAE Working Group members to enable airport executives to enhance their cleaning protocols and achieve GBAC STAR accreditation,” said GBAC Executive Director Patricia Olinger in the press release. “This partnership has helped airports and their staff commit to achieving a higher level of clean today, tomorrow, and well after the pandemic is over.”

The GBAC STAR program guides facilities on cleaning, disinfection, and infection prevention best practices for biohazard situations, such as the novel coronavirus. In addition to numerous airports achieving or working toward GBAC STAR, American Airlines earned accreditation for its fleet and Admirals Club lounges last month.

“Our partnership with ISSA and GBAC has assisted our members in deploying additional tools and knowledge to implement best practices around cleaning and disinfection,” AAAE Executive Vice President Jacky Sher Raker said, according to GBAC. “We’re thrilled that over 20 facilities have already achieved accreditation, with many more to come. Public health is a critical focus for airports, and we’re proud of the role we’ve played working with ISSA and GBAC to help certify the important work our members are doing to clean and disinfect their facilities.”

- Dallas/Fort Worth International Airport in Dallas

“Health and safety has been the top priority for our flyHealthy@SEA program and to be recognized by GBAC is the gold standard to show the public the rigorous efforts we’ve taken,” said Jinah Kim, Senior Manager of Aviation Custodial Services, Seattle-Tacoma International Airport, according to GBAC. “Having someone as respected as GBAC to verify our efforts shows we are on track for cleaning and disinfecting protocols and procedures, a critical part in our response to COVID-19.”