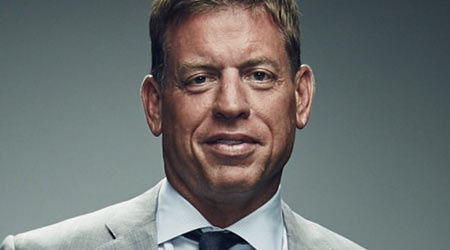 With ISSA/INTERCLEAN heading to Dallas next year, Wednesday’s keynote address will be a nice teaser for the event. Troy Aikman, former quarterback for the Dallas Cowboys was a legend on the football field. He spent a spectacular 12 seasons with the Cowboys, leading them to six divisional titles, four conference championship games, and three Super Bowl wins; one of only four NFL quarterbacks who have managed such an accomplishment. Along the way he managed to set 45 franchise passing records and was named MVP of Super Bowl XXVII. On Sept. 13, he will inspire attendees to reach comparable levels of success with their businesses.

Yet somehow, despite the demands of his professional football career, Aikman found time in 1992 to establish the Troy Aikman Foundation for Children, launched to help fund and create colorful, interactive play areas for children undergoing medical treatment. In 1995, his foundation donated to the Children’s Medical Center in Dallas, funding the Aikman End Zone. In 1997, another Aikman End Zone was established at the Cook Children’s Medical Center in Fort Worth, with another one opening up the following year in Oklahoma City.

Outside of his foundation, Aikman established several scholastic scholarships, including one at UCLA (where he spent two years on that university’s field, throwing for 41 touchdowns and passing for 5,298 yards). Because of these and other efforts, in 1997 Aikman was honored with the True Value Man of the Year award, the NFL’s highest award for community involvement, and has been the recipient of many other humanitarian awards.

Aikman ended his NFL career at the end of the 2000 season, but he hardly retired. Instead, he signed on with Fox as an NFL analyst, delivering the same reliable and stellar performance that characterized his time on the gridiron. He also hosts his own hour-long weekly sports radio show and appears on other sports talk radio shows during the football season.