Flu Widespread, But Hospitalizations Are Down 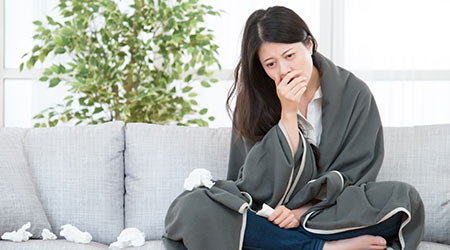 Another week and another report of the flu spreading its influence throughout the United States, according to the most recent data released by the Centers For Disease Control And Prevention.

Information provided by local epidemiologists throughout the nation to the CDC through Jan. 4 shows that 46 of the 50 are experiencing widespread flu activity, an uptick from 45 states in the previous week’s report.

As bad as this flu season has been, the CDC has noticed some positives. For example, hospitalization rates and the percent of people dying due to pneumonia and the flu are down. However, this is likely due to the fact that influenza B has been the most prevalent form of the virus this flu season, which is rather usual. Influenza B tends to hit children and young adults more than the elderly, who are more vulnerable to hospitalizations and pneumonia.

What also appears on the surface to be positive news is that outpatient visits for influenza-like illness was down in the most recent report. That number could too be misleading, as people have traditionally sought more medical treatment for illness during the holiday season. And since this past holiday season was the same, those numbers had been high prior to this most recent report.

For a closer look at the CDC’s latest data, read its influenza surveillance report here.