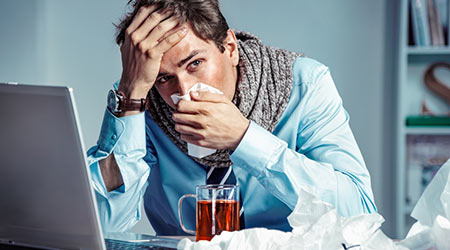 New data released Monday by the U.S. Centers for Disease Control and Prevention shows that this year’s flu season is off to the fastest start in more than a decade, and lawmakers are mining for answers.

“Last year marked the longest flu season in a decade, and now we are seeing this year’s flu season off to an alarmingly fast start,” says U.S. Rep. Diana DeGette (D-CO), the House Energy and Commerce Oversight and Investigations panel (which oversees the CDC), in a statement Tuesday. “With this illness now spreading rapidly across the county, we want to know what our agencies are doing to protect the public’s health.”

On Wednesday, the House Energy and Commerce Oversight and Investigations panel – which oversees the CDC – held a hearing to ensure the appropriate federal agencies have the resources they need to respond to the spread of the virus, and get an update on their ongoing efforts to develop a more effective vaccine.

The CDC’s most recent report shows that there is already either widespread or regional flu activity in 24 states across the country, meaning this year’s flu season, which is starting earlier than it has in 10 years, is spreading quickly. Only a few states are classified as having just “sporadic” activity.

Last year’s 21-week flu season was the longest since the federal government started tracking flu season durations more than 20 years ago. Some health experts say the unusually early start to this year’s flu season could be a sign of a more severe season to come.