Flu Season’s Coming And Cleaning Is Even More Important 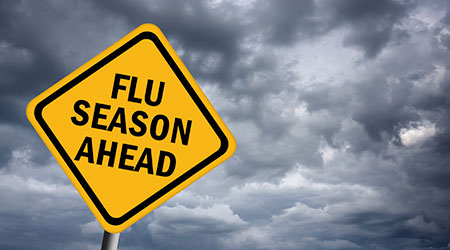 Part of the reason that the flu spread so quickly — especially in the workplace – is because the virus can last for more than an hour in the air and on surfaces, according to a report on the KRQU website.

Among the measures that can help reduce the chances of the virus spreading to other people is extra vigilance when cleaning.

Surfaces such as doorknobs, tables, elevator buttons and faucets should be wiped down frequently Simple alcohol-based cleaning products are effective to against flu. And, of course, handwashing is key.

The virus can be removed from the air by increasing air circulation in the room. Airborne flu viruses in the air can be diluted by increasing the exchange rate of building ventilation systems or turning on ceiling or portable fans.

Air purifiers designed to remove particles are also effective at removing viruses. A purifier with a HEPA filter and a high flow rate will remove the most particles.

It’s not too early to start prevention methods. As of the beginning of November, Becker's Clinical Leadership and Infection Control reported that the proportion of outpatient visits for influenza-like illness increased slightly to 1.8 percent, below the national baseline of 2.2 percent.

So far, just one of 10 regions reported influenza-like illness at or above their region-specific baseline level.