Flu Season On Pace To Be One Of The Worst 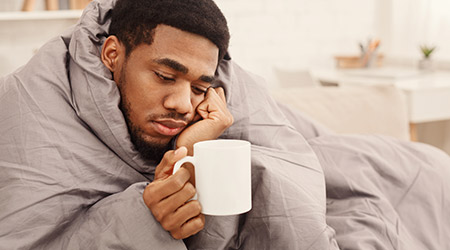 One of America’s foremost infectious disease experts is projecting this flu season to end as one of the worst of the past 10 years, reports CNN.

National Institute of Allergies and Infectious Diseases Director Anthony Fauci says the 2019-2020 flu season is on pace to be as bad as the infamous 2017-2018 flu season, which rocked citizens throughout the United States.

This year’s flu activity has already exceeded the peak of 2014-2015 season, which was also considered to be rough.

"The initial indicators indicate this is not going to be a good season — this is going to be a bad season,” says Fauci, according to CNN.

Fauci says it is possible that the spread of flu activity slows down, which could potentially prevent this season from being as bad as 2017-2018.

Fauci’s comments come on the heels of the CDC's latest report detailing the large presence of flu in the United States. The report, which was dispersed Friday, projects that more than 2,900 flu deaths have already occurred in the United States this season. The report also indicates that 45 of America’s 50 states are currently displaying widespread flu activity.