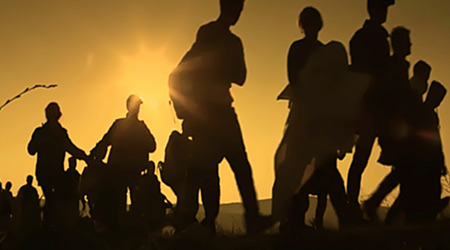 A recent flu outbreak at a border intake facility in Texas caused one death and other hospitalizations, further conveying the danger the sickness poses to people forced to inhabit heavily populated quarters.

U.S. Customs and Border Protection at the McAllen Central Processing Center was forced to halt its intake of migrants May 21 after discovering a “flu-related illness” has spread through the large facility, reports NPR.

More than 30 people tested positive for influenza and were later treated at the facility or at hospitals when deemed necessary, a U.S. Customs and Border Protection spokeswoman says. One of those individuals, Hernandez Vazquez, was found unresponsive about a week after he became ill. After being diagnosed with influenza A, Vazquez was transferred to another location, where he later died.

More than a dozen people taken to a local crisis center told interviewers that the center had a number of coughing, fevered children. One woman says she and her daughter were asked to sleep outside the center so that her daughter, who had a fever, would not get others sick, reports NPR.

The center opened back up the next day.

While the 2018-2019 flu season wasn’t considered as vicious as its predecessor, it still broke a recent record. The Centers For Disease Control and Prevention reported earlier this spring that the U.S. experienced 21 consecutive weeks of flu activity, which became the longest such streak in a decade.