Flu Activity 'Minimal' In All 50 States 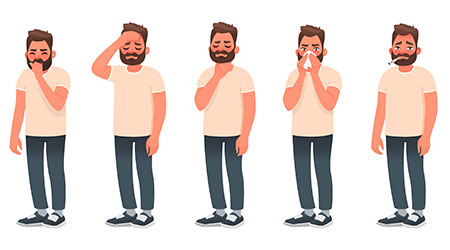 Seasonal flu activity remained lower than usual in mid-December, with one state even displaying less activity than it did the week before.

None of the nation's 50 states displayed anything worse than "minimal" activity of influenza-like illness (ILI), according to the Centers for Disease Control and Prevention's latest U.S. Influenza Surveillance Report, which considered numbers reported through Dec. 19. The ILI Activity Map displays ILI activity levels in each state or jurisdiction based on the percent of outpatients visits made in that area for ILI compared to weeks where there is little to no presence of the flu. The states and jurisdictions are then labeled based on that activity level in a descending order of severity, the order being very high, high, moderate, low and minimal.

"The number of influenza positives reported by public health labs remains much lower than normal despite a higher than normal number of tests performed," said the CDC in its report, which is also know as FLUVIEW.

When interpreting this data, it's probably good to note that flu activity is generally low for this time of year. It should also be said that the CDC believes the current data pertaining to ILI activity might be influenced by the COVID-19 pandemic.

The next FLUVIEW report is scheduled to be shared later today, Jan. 4.