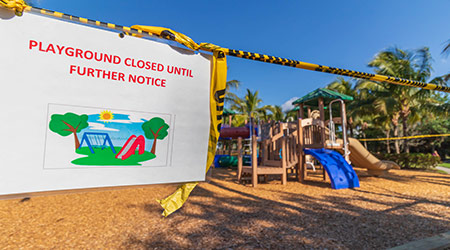 A union representing thousands of janitors and other essential workers employed by schools in Florida is encouraging the state to reconsider plans to resume classes in the fall.

AFSCME issued a statement in which it says the Florida Department of Education’s decision to “rush to reopen” all of its school in August “is putting lives in dangers, reports WEAR-TV.

“They are the backbone of the state of Florida and they do the work that no one else wants to do,” says Hall, according to WEAR-TV. “And when they are called to duty, they are right there and doing they best they could. Speaking with some of the bus drivers, they’re afraid. Custodians are also afraid.”

Hall says schools in the state should not reopen until there is a plan in place to protect the health of students, educators and other staff.

A number of Florida hospitals were running out of beds in their intensive care units Wednesday, reports NBC News. That same day, the state passed the sad benchmark of 300,000 cases since the beginning of the pandemic, reports NBC Miami.

Other educational institutions are taking extra steps to make a return to class safer this fall. The University of Kansas, for example, will be requiring returning students and staff to be tested for COVID-19, reports the Lawrence Journal-World.