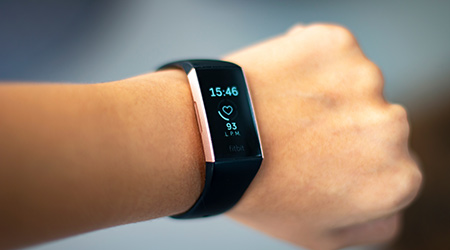 In addition to tracking the sleep quality, heart rate and number of steps a person takes, researchers say the popular Fitbit wearable devices might also be able to monitor the spread of the flu, reports CNN.

To use all of the resources their wearable device provides, Fitbit users must consent to the company gathering data from them for research — none of which is supposed to be tracked back to one single person. Fitbit shared this particular data with Scripps Research Translational Institute, which used the information to track the flu in realtime on a state-by-state basis.

The data gathered was no small sample size. Scripps Research Translational Institute examined data collected from 200,000 users in five states between March 2016 to March 2018. Aware of the fact that the flu disturbs regular sleep and heart rate patterns, researchers targeted these patterns to see when they deviated from a user’s normal range.

The researchers later compared user data by state against the US Centers for Disease Control and Prevention’s weekly estimates for flu illness rates. What they discovered was that the Fitbit user data improved how influence was tracked.

The researchers hope the data will someday allow healthcare professionals to respond to influenza outbreaks sooner, thus mitigating how much it spreads.