First Case Of Coronavirus Confirmed In The U.S. 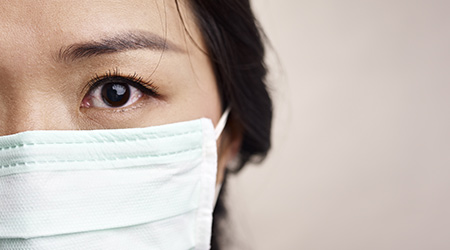 The first confirmed case of the 2019 Novel Coronavirus in the United States has been confirmed, says the Centers For Disease Control and Prevention (CDC).

The patient is being treated for the virus in Washington State after returning to the United States Jan. 15 from Wuhan, China — the site where the virus has caused an outbreak of pneumonia since December.

While originally thought to be spreading from animal-to-person, there are growing indications that limited person-to-person spread is happening, though it’s unclear how easily it is spreading.

The confirmation that some limited person-to-person spread with this virus is occurring in Asia raises the level of concern about this virus, but CDC continues to believe the risk of 2019-nCoV to the American public at large remains low at this time.

After arriving in the United States, the patient eventually sought care at a medical facility in Washington, where the patient was treated for the illness. Based on the patient’s travel history and symptoms, healthcare professionals suspected coronavirus. A clinical specimen was collected and sent to CDC overnight, where laboratory testing confirmed the diagnosis via CDC’s Real time Reverse Transcription-Polymerase Chain Reaction (rRT-PCR) test.

The CDC says it is working closely with the state of Washington and local partners. A CDC team has been deployed to support the ongoing investigation in the state including potentially tracing close contacts to determine if anyone else has become ill.

Coronaviruses are a large family of viruses, some causing respiratory illness in people and others circulating among animals including camels, cats and bats. Rarely, animal coronaviruses can evolve and infect people and then spread between people, such as has been seen with Severe Acute Respiratory Syndrome (SARS) and Middle East Respiratory Syndrome (MERS). When person-to-person spread has occurred with SARS and MERS, it is thought to happen via respiratory droplets with close contacts, similar to how influenza and other respiratory pathogens spread. The situation with regard to 2019-nCoV is still unclear.

The CDC and other U.S. government agencies have been preparing for the virus to arrive stateside for a few weeks. On Jan. 17 the CDC and Department of Homeland Security’s Customs and Border Protection began implementing health screenings to detect sick individuals who had flown to the United States from Wuhan, China. The screening began at three major airports in San Fransisco, Los Angeles and New York.