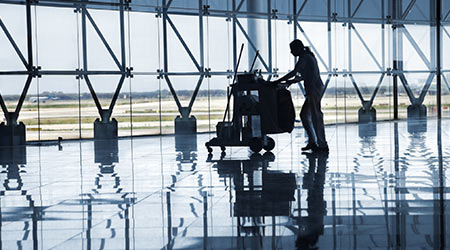 A Chicago firm has given up its $14.74 million janitorial contract at St. Louis Lambert International Airport, according to an article on the AviationPros website.

United Maintenance Co. withdrew a few days after Lambert officials had begun inquiring about a news report that United was accused of reserving jobs based on political considerations. Lambert had previously rejected United's bid, which turned out to be the lowest, because of concern over news reports that United's president had ties to organized crime figures.

Lambert later reversed the disqualification after concluding that United in an appeal had provided "credible support" that the reports were unfounded "and/or did not support rejection" of the bid, the article said.